Get a Taste of Chicago 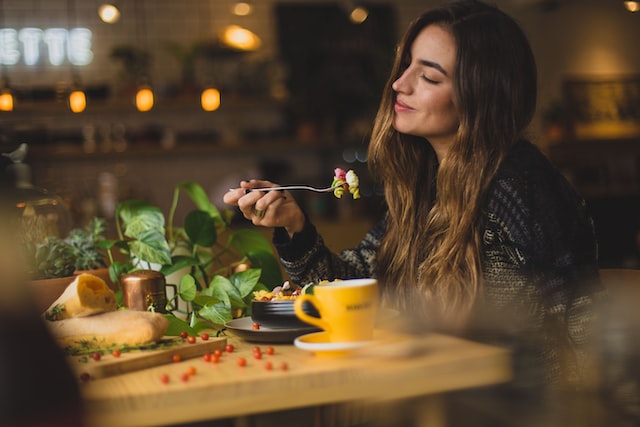 Planning on visiting Chicago? Unsure about the best places to see and things to do once you’re there?  In this article, we’ll explore some of the main attractions of the Windy City, including incredible activities, such as the finest Chicago Food tour, that allow visitors to gain a deeper insight into local culture.

Before we begin our review of the city’s highlights, let’s look at some useful background information.

Chicago is one of the most vital cities in the United States, and an international center for culture, education, technology, finance and commerce.

One of the main geographical features of Chicago is Lake Michigan. The city is located on the southwestern shores of the lake, which is one of the largest in the country.

This proximity with Lake Michigan, and the major harbors operating on its shores, has influenced the city’s economy throughout its history. Lake Michigan also has a positive impact on Chicago’s climate, leading to more moderate winters and summers than elsewhere in the state.

Aside from its natural characteristics, Chicago’s urban landscape is dominated by large buildings, including some of the tallest buildings in America, such as Willis Tower.

As for the local weather, many claim that the best time to visit is between April and May, or between September and October, when temperatures tend to be high but not excessively so. Precipitation usually increases in July and August, while Chicago winters are cold, with an average temperature of 14,3 F in January.

If you are travelling by car, you can use the Kennedy Expressway, Dan Ryan Expressway, Stevenson Expressway, Eisenhower Expressway or Tri-Stat Tollway to enter the city.

Train travelers can arrive via Union Station, which serves Amtrak and Metra, and at the Richard B. Ogilvie Transportation Center, which acts as a portal to Chicago’s downtown.

Chicago has been gaining force as a tourist destination. According to the city’s official website, the city experienced an 86% increase in tourism during 2021, as travel started up again in the aftermath of the global pandemic.

The growing interest in Chicago among both domestic and international visitors can be attributed to a number of reasons. On the one hand, many people come to the city for business or educational purposes. On the other, the Windy City is increasingly popular among tourists visiting for leisure only.

There are many amazing things to do and places to visit in Chicago. Below, we’ve compiled a list of some of the main attractions and activities which you shouldn’t miss.

Chicago is packed with world-class museums. There are art museums, such as the Art Institute of Chicago, the Chicago Cultural Center, the Museum Campus South and the Chicago’s Contemporary Art Museum, among others. Plenty of art galleries provide a more intimate experience – for instance, the Museum of Contemporary Photography, the Guichard Gallery, the City Gallery, the National Museum of Puerto Rican Arts and Culture, the Epiphany Center for the Arts, the Smart Museum of Art, the Driehaus Museum and the Chicago Design Museum.

Chicago is also known as “the city in a garden”, thanks to its green parks, gardens and beaches – perfect for outdoor enthusiasts.

Lincoln Park, Washington Park, Humbolt Park, Jackson Park and Grant Park are the most visited green areas within the city, and make for ideal resting places after a stroll through the city’s streets.

Aside from its parks and gardens, Chicago boasts a number of urban beaches. North Avenue beach, located inside Lincoln Park, is one of the most popular examples, while Chicago’s Lakefront Trail is an option if you enjoy being close to the shoreline. Travel by bike, skateboard, rollerblades or on foot to enjoy an amazing view of Lake Michigan.  The area also includes playgrounds for children, as well as soccer, volleyball and tennis courts, so you can practice sports while soaking up the sun and fresh air coming in from the lake.

In addition to the attractions mentioned above, Chicago is famous for its unique culinary culture. Many Chicago food tours allow visitors to taste the best of the city’s cuisine.

Chicago’s dishes are a result of its vibrant history, blending immigration with local culture to create the definitive version of international dishes like pizza and beef sandwiches.

Many food tours are available, and most of them last around 3 hours and span 6 stops, during which you can sample local dishes while learning about the story behind each one.

Gourmet popcorn, deep-dish pizza, Chicago-style hot dogs, Italian Beef sandwiches, and local, handmade brownies are among the most popular dishes which you shouldn’t miss when visiting the Windy City.

Food tours tend to be intimate experiences, with a maximum of ten participants – so we highly recommend booking in advance to avoid disappointment.

In conclusion, Chicago is one of the most significant cities in the United States and in the world – a cultural, economic, educational and political hub that attracts millions of people from around the world. When you’re in town, don’t miss out on its fantastic museum, beautiful parks and gardens, and delicious local dishes.