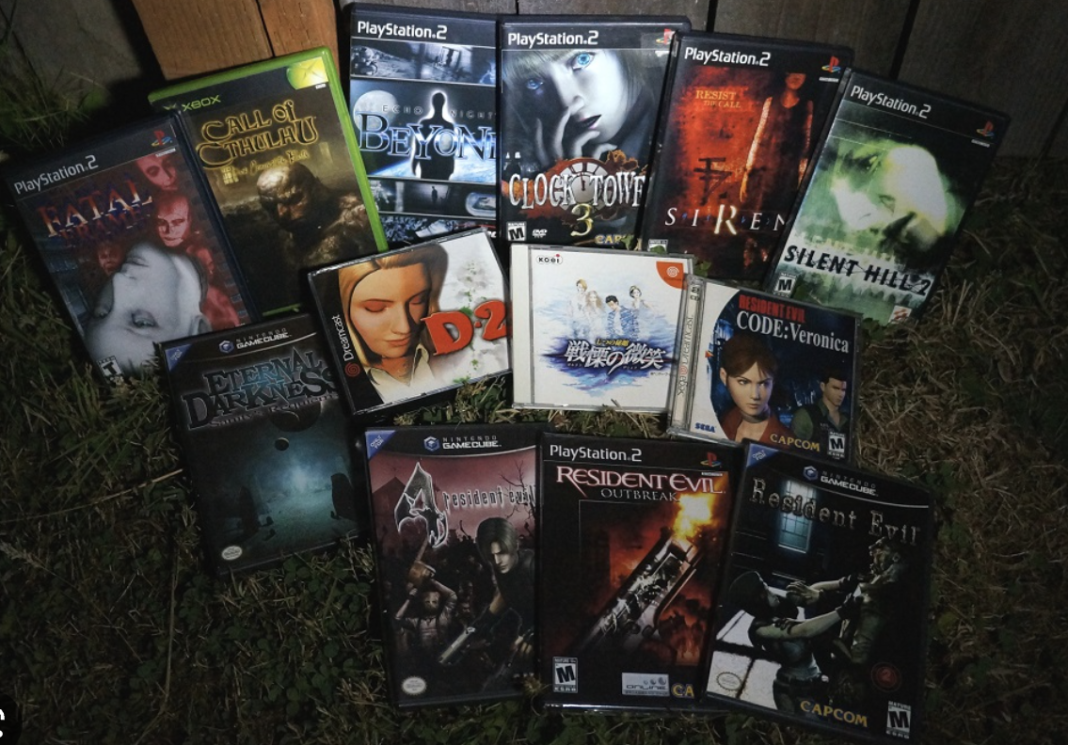 With over 157 million units sold worldwide, the PlayStation 2 is one of the most popular consoles ever made. And Sony did not stop there- due to its widespread success, they kept supplying the console with incredible games. In fact, the PS2 now has one of the most beloved libraries in all gaming! With a wide variety of genres available – from tactical JRPGs to EyeToy rhythm games – and something for everyone, it’s no wonder why the PS2 continues to be loved by so many people even years after its release.

The PlayStation 2 has a plethora of horror games to choose from, each with their own unique creatures, gameplay mechanics, and scares. Players can expect anything when it comes to these titles; some are popular stalwarts while others have slipped under the radar. Regardless, all of these PS2 horror classics are filled with grotesque monsters, stressful combat (if available), and constant scares.

Silent Hill: Origins is one of the most suspenseful Silent Hill games on PS2. It does not hold back in its scares or its story. Before the events of the first Silent Hill, Travis Grady is searching for a girl he rescued from a fire. However, his own repressed memories begin to haunt him.

The sound of Travis’s radio static tells him there are enemies nearby, adding to the game’s scary mood. As with the other games in the franchise, there are multiple endings depending on player choices, and Travis has to stay sharp to figure out what’s real and what isn’t.

Fatal Frame 3: If you’re looking for a good horror game to play on your PS2, Fatal Frame 3: The Tormented is the best one out there. With more ghosts to photograph and more playable characters, it’ll keep you entertained for hours. And be warned – the death scenes in this game are particularly gruesome and will definitely leave players feeling uneasy.

There are three characters you can play as in-game, and the story swaps between scenes set in reality and a nightmare realm where anything goes. If spooky dream worlds populated with unseen spirits isn’t your cup of tea, consider playing Fatal Frame 3: The Tormented with some friends instead.

Torque is a man on death row, accused of murdering his family – even though he can’t remember doing it. When an earthquake reveals the presence of a supernatural enemy, Torque must battle his inner demons and prove his innocence if he wants to escape death.

The Suffering is an extraordinarily confusing voyage that will keep players guessing until the end. With three different possible endings, each with a unique explanation for Torque’s family tragedy, The Suffering offers near-limitless replay value as players try to determine which ending holds the truth.

The protagonist of this game, James Sunderland, is not only unreliable but also has more than one goal. All he wants to do is find his wife who was thought to be dead; however, the nightmares stopping him are from Silent Hill 2 . It’s left up to interpretation whether or not James’s wife is real or if anything in the game is actually reality something that Silent Hill 2 does a lot with.

Pyramid Head is a horrifying, looming threat in this game that often has James at its mercy when things take a turn for the worse. If you’re a player who loves solving mysteries, Konami definitely loaded this game with enough secrets and symbolism for you to enjoy.

Out of all the games mentioned, Cold Fear features the protagonist as the sole survivor aboard a ship in Russian waters. To make matters worse, he is constantly being attacked by enemies that look like they crawled out from under a rock. Tom Hanson must figure out what happened to his squad mates while trying to stay alive himself.

Not only is Cold Fear graphically one of the most impressive survival horror games on PS2, but it also does an excellent job of setting a scary and suspenseful tone. It’s hard to imagine anyone staying calm when faced with hordes of murderous creatures, but Hanson is a brave and resourceful protagonist that will help players make it through alive.

Although it was released to little fanfare, Kuon is a title that allows the player to choose from among several characters, each of whom has their own story set in a haunted mansion. Each character’s story is full of tragedy and bloodshed.

If you’re looking for a game that will leave you feeling on edge, look no further than Kuon. With stories based off of Japanese ghost tales and an atmosphere to match, this game is sure to send a chill down your spine. The combat system is also unlike any other- though you’ll be fighting some truly horrifying enemies inspired by Japanese legend.

In Fatal Frame 2: Crimson Butterfly, players control twin girls who are trying to escape a haunted village. The only thing they have to protect themselves is a special camera that can be used to fight off the ghosts. Even though this story is not related to the first game, it is still very interesting and just as terrifying.

The fact that these sisters feel comfortable around horrifying entities is something I cannot wrap my head around, especially when the ghosts target them for sacrifice. If players time their shots well, they can exorcise the souls and save them–that is, if looking at the entity long enough doesn’t make player’s too uncomfortable.

Silent Hill 4: The Room is the perfect psychological horror game, with plenty of twists and turns to keep players on their toes. This game focuses less on puzzles and more on combat, while still ensuring that the player never knows what could be around any given corner.

Henry’s actions will never clear to the player, leaving them wondering if anything in the game is real, or if Henry is even alive. Silent Hill 4: The Room is a must-play for anyone who’s looking for something new in horror games. There are plenty of surprises waiting to be discovered.

Many people consider Resident Evil 4 to be their favorite game, and it might be the most beloved game in the whole franchise. The story follows Leon Kennedy as he tries to find the president’s daughter. He faces a lot of tough challenges, like giant ogres, crazy villagers, and Leviathans in lakes. All of them try to stop him in very violent ways.

There’s never enough ammo, the stakes are constantly high, and Leon’s hair looks perfect the whole game. Resident Evil 4 is a classic that can’t be praised enough, and those who haven’t played it yet are in luck because the game is getting a remake for current-gen consoles.

The Thing is a game created by Konami, and it serves as a sequel to the horror film of the same name. In the game, players take control of Captain Blake as he investigates a strange facility where things have been happening that raise suspicion. This game can be fairly challenging, but there are many weapons available for Captain Blake to use against the Walkers and Scuttlers.Captain Blake also relies on adrenaline injections to keep his mind from cracking at the horrific beasts he continuously comes into contact with. There is a lot of nightmare fuel in The Thing, so it probably isn’t recommended for players that don’t enjoy strange, gross creatures.

Techtoroms is the ideal site for Horror Game Roms

If you are a fan of horror games, then you know how hard it is to find good quality ps2 roms to download. Thankfully, Techtoroms is here to help! We are a website dedicated to providing users with the best horror game roms available.

There are many reasons why you should download your ps2 roms from Techtoroms. Firstly, we only provide high quality roms that have been checked for viruses and malware. In addition, our team of experts is constantly adding new roms to our site, so you will always have access to the latest and greatest horror games. Finally, we offer 24/7 customer support in case you have any questions or problems with your downloads.

What are you waiting for? Visit Techtorom today and start downloading the best horror game roms out there! With high-quality roms, 24/7 customer support, and an easy-to-use website, there’s no reason not to choose Techtorom for all your horror gaming needs.