Omar Ragab of Missing and Murdered in Montana 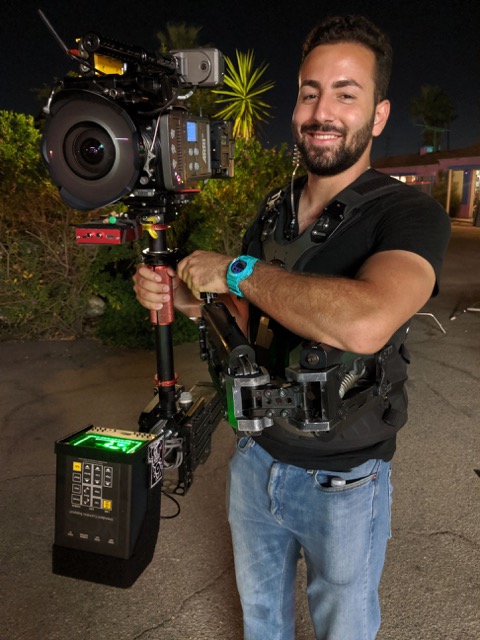 Omar Ragab confesses that sometimes he takes on a project simply based on the fact that a story demands to be told. Such was the case when he agreed to collaborate with fellow Egyptian filmmaker the Emmy award winning director Ramy Romany and DP Jason Hafer on Missing and Murdered in Montana which premiered on NBCUniversal, Peacock, and Oxygen. Ragab relates, “It chills my bones to the core to know that the events in this story happened but I think we did our jobs by creating a space for the families to feel comfortable to grieve over their daughters, while simultaneously telling their stories.” In recent times, Omar has been known for his work as a camera operator on such productions as Netflix’s Cooking with Paris, Bling Empire, Hype House, and others but he was compelled to contribute his talent to the team which presented the tragic events depicted in Missing and Murdered in Montana because he understood the importance of communicating this information in the most emotive and exceptional manner.

Missing and Murdered in Montana is about a series of murders that took place on and around the Northern Cheyenne and Crow reservations in Montana, focusing primarily on the murder of a young woman named Henny Scott. With the goal of uncovering the devastating and horrible truth behind these slayings, the filmmakers decided that the emotional conduit for audiences would be to present the information through interviews alongside re-structured, re-imagined scenes of how the crimes took place based off of evidence. To avoid offending any of the families of these victims, the production took great care to present the recreations with the utmost sensitivity and respect. The challenge of attaining this balance was immense. The situation required a personal perspective without being invasive. Omar explains, “We wanted the audience to immediately interact with the investigators and family members from the get-go, conserving any meandering or kinetic movement for when we were re-creating the crime scenes. We had the interviews covered by three cameras at all times, two being lockoffs and one being on a slider, giving a slow analytical build up as the interviews progressed. The recreations were shot entirely with handheld, using prime lenses and tilt shift still lenses to create a distorted ‘in camera’ effect at various framerates and intercutting them together to give a disjointed, hectic juxtaposition to the interviews. We wanted to give a sense of being there and a POV of what the victims might have felt like.”

While nothing could ease the pain of the victims and their families, the national attention that this production brought to the crimes depicted in Missing and Murdered in Montana made something meaningful out of an awful situation. Omar Ragab refers to the knowledge that the contributions of himself and all involved production team members provided some catharsis and clarity for the family and friends of the deceased via this endeavor is an immensely humbling result. He states, “To pursue a career in the creative world is personally rewarding; having the opportunity to use my skill to aid others and hopefully ease a burden in their lives seems like more than one could ever hope for and one of the greatest gifts I’ve ever received. I truly feel that what we do in the world of film and TV can make a huge difference in the world because it can affect the emotions of people from all walks of life. As someone who was born in a different country from the United States, I know how American filmmakers inspired me. I love the idea that I can do that in some manner, big or small, now that I’m a part of this creative community and industry.”

What Are the 6 Most Important Effects of Buying Delta 9 THC for Sale?