Karan Shah: In Seach of Cinematic Serenity with Namdev Bhau 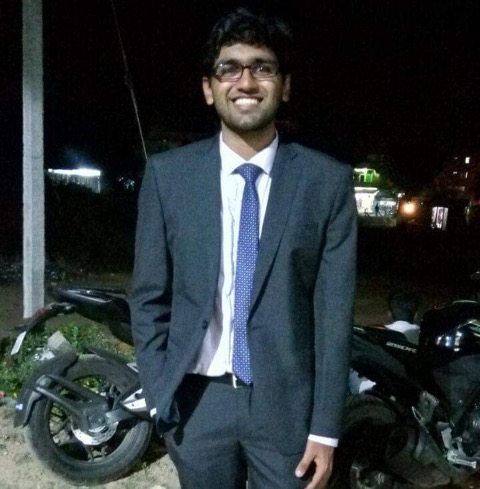 Karan Shah is quite pleased with the commotion surrounding Namdev Bhau In Search of Silence, the film he has spent a fair portion of the past year working on with award-winning director Dar Gai (famed for Teen Aur Aadha). In contrast to the vast majority of what Hollywood and Bollywood offers, Namdev Bhau is a contemplative and unique film which owns its own unique message. Recently screened at the 20th Mumbai Film Festival to the reception of thunderous acclaim, while the tone of this film has little in common with Oscar nominated Indian films like Lagaan: Once Upon a Time in India or Little Terrorist, it’s similarity with these famed films is that it is transfixing and transcendent. Impressed by Karan’s producing on the popular music video “Raakh ko Dhua”, Dar Gai brought him aboard to collaborate on Namdev Bhau, a film which took a most unusual approach in hopes of attaining results that would stand out strongly with a singular voice. As audiences at the Mumbai Film Festival will acknowledge, the goal was achieved in a most satisfying way.

A producer’s main goal on a film is to empower the director to manifest their vision. For Karan Shan, the unorthodox methods of director Dar Gai began from the initial conversations. Dar wanted to cast a non-actor in the title role of Namdev Bhau to instantly create something unusual for the film. A real life chauffer named Namdev Gurav is the star of Namdev Bhau. Karan concedes, “I was at first concerned about whether a non-actor could play a role like this, leading an entire film.

Dar described to me how his face was going to be the major factor in communicating the character’s thoughts and ideas.” A striking facet of Namdev Bhau in Search of Silence is that it has no dialogue. Mr. Shah notes, “Dar and I had conversations about the themes of noise and the journey of this obscure character. Having lived in Mumbai for long enough, I completely understood what she wanted to showcase via this film.

There is no hiding how often we honk in Mumbai and the chaos is omnipresent. The escape from this noise is a necessary one and choosing to show a chauffeur doing it was a bold move. Bollywood tends to showcase stories about privileged people when it comes to metropolitan cities, but here the focus was different. The lives shown were different and the character incredibly unique.”

While the lack of dialogue establishes a unique baseline for the film, it is certainly far from emotionless. The colors and the locations stand out in this film, seemingly heightened by the void left by the lack of spoken words. This is established in the first scene of the film with Namdev’s house bathed in multiple colors like pink, green, yellow and white.

From his cramped residence to the train that carries him on his search to the silent valley, we feel hints of hopefulness for the main character’s serenity. Karan describes, “A great deal of the film is set in the mountain exteriors so those were scouted as simply open spaces. Dar and Aditya (DOP) went through all pictures and decided some spots on the day of.

We shot a lot of Namdev’s walking in an ad-hoc manner (indie-filmmaking at it’s finest). We’d always try to have some buildings or shacks around which have blue and yellow color as we had this amplified color tone for the film. These colors would often pop out on the screen to give it a more positive and upbeat filter.

Since Namdev’s character rarely talks, we wanted to fill the frames with ample color around to make audiences feel more involved. They’re discovering this new world just as Namdev is.” Utilizing a guerilla type of approach, gaining permits for filming at the last moment was demanding for Karan as a producer but this inspirational component for the director’s vision was necessary.