What Is The Lowest Value Of Paper Money Without The Portrait Of A U.S. President? 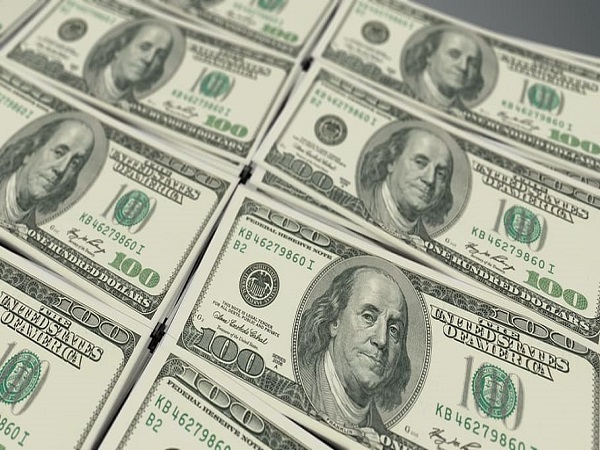 The Question: What Is The Lowest Value Of Paper Money Without The Portrait Of A U.S. President? Answer: The correct answer is $10.

The US currency is probably one of the most renowned currencies all across the globe. It is one of the few currencies that have a great influence over many other countries. Besides, the US currency is one among the ever-increasing currencies in the world. Most of us would be surely familiar with these facts. But, there are few facts that you may not know and can leave you astonished.

The government of the US is always keen about the look of the paper currencies to reflect the influential or dominant quality. Here are some unique facts about the US currency that you should know

All the currencies available today have the face of renowned faces and it is quite normal for us. But, do you know that US citizens were initially against putting faces on the currency? Yes, it is true.

US people were annoyed of having the pictures of monarchs that the British used. This is because they didn’t want to remember the struggling phase before independence. Thus, the US produced the coins having images of liberty and bald eagle rather than portraits of renowned people.

Almost all currencies around the world possess some security-based features to stay away from counterfeiting. But, US bills are always a step above when it comes to security threads. You can see a range of colors using UV light on the US bills.

For instance, the thread of the $5 bill glows blue, the $10 bill glows orange, the $20 bill glows green whereas the $50 and $100 bill glows yellow and pink respectively. If you are still unaware of this, use a UV light to check the authenticity of the bills.

US Federal Reserve checks whether the bills are fit to begin the circulation when the money flows into it. After passing through several phases of inspection, Federal Reserve replaces the unfit bills with the newly printed currency.

As per the recent survey, billions of notes receive print orders which include all $1 bills to $100 bills. But, only $20 bills and $100 bills surpass 1.5 billion print orders almost every year. This amount is more than all other currencies of different countries in the world.

The real cost of printing the US bills can really shock you out. Although the denomination of the bills influences the cost to print, it is not the same for all currencies. For instance, a $100 bill is the most expensive bill to print. A single note of $100 bill costs about 13.2 cents for printing.

There are high chances that you may be thinking all the US currencies are made of high-quality paper. But, in reality, it is not. Each US bill is a combination of 75% cotton and 25% linen which means it is not paper so for.

You may be familiar with the Bureau of Engraving and Printing. Yes, it is the bureau that looks after printing the US currencies. Well, they have only two facilities, one in Washington and the other in Forth Worth Texas. Washington facility is the first and major printing center whereas Fort Worth Texas is regarded as a backup.

You can find the portraits of US presidents in almost every US bill now. Each currency available now has the face of renowned personalities. But, do you know that two US bills are having the faces of Non-US presidents?

$10 US bill has the picture of Alexander Hamilton who was an American politician and military commander. But, he was born in Charlestown, Nevis which is out of the US territory, thus making him Non- US citizen. Well, he is also the only person having his face on US currency who is not an American or British native.

Similarly, the face of Benjamin Franklin is present on the front side since 1914 who was never the president. But, he was most beloved among US personalities.

In this modern era, we would never hear of having a shortage of coins supply but it happened once long back. During the famous Civil war, the US witnessed a shortage in the supply of coins as metals were incredibly valuable.

At present $100 is considered the largest bill that the government issues for the United States. But, it is quite far from the largest denomination the US has ever printed before. You may be shocked, but US Govt printed $1000,000 gold certificates for transactions between Federal Reserve Banks.

On top of this, the Bureau of Engraving and printing once claimed that ½ to 1/3rd of US currencies are circulated abroad. Thus, the US is the only currency with such circulation across the world.

Ripple is incredibly fun and innovative cryptocurrency that is the talk of the town. This coin has done wonders for newcomers but it’s still not too late to get in on this action! You can now Buy Ripple XRP at the best price 100% guaranteed.

As of 2021, Federal Reserve Bureau estimated over 3 trillion worth of notes is circulating right now. Well, the interesting thing is that this amount is quite closer to the estimated student debt from all over the United States. However, still, the US bill is one of the most influential currencies having the potential to control many currencies.

Next articleWho wrote the biggest hit of the performer who has five stars along Hollywood boulevard?