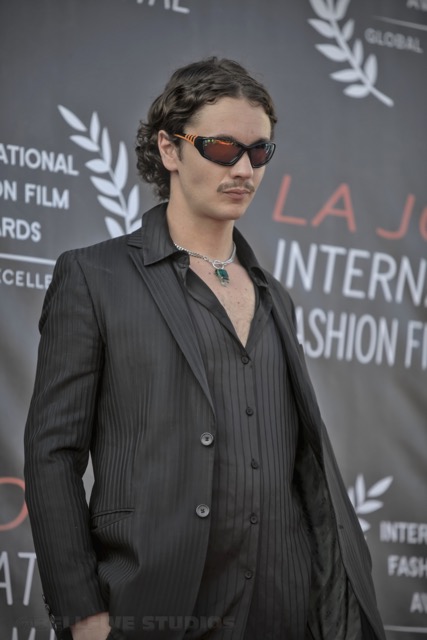 Bowlhead is one of those rare films that stands out amongst the numerous in the genre; a story that is imbued with its own unique personality. A sizeable portion of this is due to the work of Production Designer Filippo Savoia whose imprint on this film is massive. A great story is more than the characters, it’s also immersion in the world of said character and the tone this establishes. While there’s ample charisma and talent in front of the camera including Eileen Gruba (of NBC’s Primetime Emmy Winning TV Series This Is Us and HBO’s Primetime Emmy Award Winning Series Watchmen), Joe Hursley (of Fast & Furious and Resident Evil: Extinction), Anthony Tamposi, Haley Halter, and others, the environment that envelopes these artists is manifested by Mr. Savoia’s uncanny ability to assess what will place the audience in the most fearful state. Having gained access to this film before its public release, I can attest that the word that most accurately describes Filippo Savoia is “gifted.”

The physical world of Bowlhead is a product of collaboration between director/writer Thomas Simon, cinematographer Joel E. Schaeffer (known for his work in Furious 7 and the Oscar Nominated Star Trek Beyond), and production designer Filippo Savoia. The most prominent sets in the film are the bowling alley and Henry’s surgery room. Savoia relates, “Thomas [Simon] wanted Bowlhead to look and ‘feel’, a little bit out of our time. One of the main locations was definitely the bowling alley. It needed to have a retro look and seem barely frequented with those 80s wood-and-color affection that would smoothly go with the tone of the story and the character. The most work intensive location for me was the killer’s workstation. I had to transform a rusty garage with piled up furniture into a surgical labratory. I took my measurements and did a sketch on paper on how it would look. Lots of surgical tools, books about anatomy and decoration that would show where our protagonist belongs to. I used World War II tools and created a magical lab where the worst human executions would take place.” The introduction of horror workstation comes half way through the movie, with a slow camera push-in. It’s one of the most impactful moments in the film. The soft industrial desk lamps give an almost cozy tone to the room.  The display of numerous surgical tools next to posters of famous bowlers is a pairing so out of the ordinary that it creates shivers. This moment is when we understand that Henry is truly insane and capable of anything. It’s an atmosphere so soft but yet so gloomy that one can almost smell the terrible odor of the dismembered corpses.

Filippo Savoia and his fellow filmmakers have given the audience access to a truly twisted new villain in Henry. The physical manifestation of Henry’s mind is everywhere in Bowlhead with numerous dichotomies which make sense to no one but the killer himself. An organized and constant state of disarray which serves as a visual model for a serial-killer’s personal sense of structure, the look of this film is an extension of this mental perspective. Fans of horror films who delight in stories that break the mold will delight in Bowlhead.

Bowlhead premiered at the Oscar-qualifying Hollyshorts film festival and was an official selection of the BAFTA-qualifying Aesthetica Film Festival.

Previous articleWhy is Spanish so Popular in Canada?
Next articlePink Cowgirl Hat – The Best Cowgirl Hats for Younger Girls