One of the Most Important Pioneers of the Chiaroscuro Technique 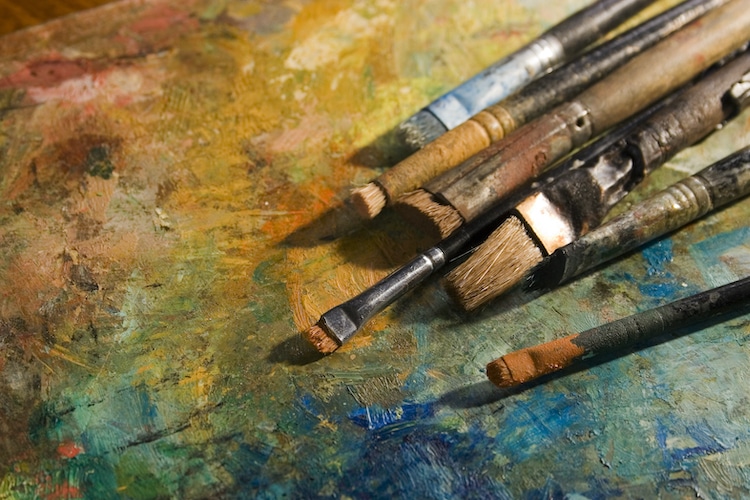 When you search for information regarding the chiaroscuro technique in painting, you’ll most probably find many references to the artist Michelangelo, that is seen as one of the pioneers of the method. But you must not confuse this Michelangelo with Michelangelo Buonarroti (1475-1564), the painter and creator of other well-known great artworks and who is usually referred to just as Michelangelo.

Michelangelo, the chiaroscuro technique pioneer, is Michelangelo Merisi da Caravaggio (1571-1610), usually referred to as Caravaggio. He was a leading Italian painter of the late 1500s and early 1600s.

According to art scholars and historians, Caravaggio was already a very influential artist in his lifetime. Although he didn’t invent the chiaroscuro technique, he is recognized as one of the pioneers of the method because new effects of the technique are experienced in many Caravaggio famous paintings.

What is the Chiaroscuro Technique?

“Chiaroscuro” originates from the Italian “Chiaro,” which means “light,” and “scuro,” meaning “dark”).

In the Graphic Arts

In the graphic arts, “chiaroscuro” refers to a technique used for making a woodcut print in which effects of light and shade play an essential role. The results are produced by printing each tone from a different woodblock. It is an old technique used in woodcuts in Italy since the 16th century. This genuine chiaroscuro technique concept for two blocks was most probably invented by Lucas Cranach, the Elder in Germany, in 1508 after some experiments in book printing.

In other words, chiaroscuro creates three-dimensionality on a two-dimensional plane. This is done by darkening the background and highlighting the subject in the foreground. As a result, the subject draws the viewer’s focus and attention.

First Appearance of the Technique in Western Art

There is proof that both ancient Greek and Roman artists used chiaroscuro light and shadow effects to define three-dimensional objects. But Leonardo da Vinci was the first Western painter who brought this technique to its full potential in the late 15th century. His 1481-painting “Adoration of the Magi” is a good example.

After that, many painters used chiaroscuro as an essential technique. In the late 17th century, the word was commonly used to describe paintings, drawings, and prints that depended on their effect on a gradation of light and shadows.

Did Michelangelo Merisi da Caravaggio Use the Chiaroscuro Technique?

The more you learn about Michelangelo Merisi da Caravaggio, the more you realize that some of Caravaggio’s famous paintings illustrate his excellent use of the chiaroscuro technique. However, he often took the method to the extreme by blacking out large portions of the background and only brightly illuminating significant foreground subjects. This creates a theatrical effect.

Caravaggio used this technique to create depth and drama by using one light source and shadows. Other artists like Rembrandt van Rijn did the same. When you check out Caravaggio’s complete works, you will see that in some of Caravaggio famous paintings, he created a dramatic effect in an otherwise “ordinary” painting using the chiaroscuro technique.

Following the chiaroscuro technique, Caravaggio’s use of light and dark contrast was very influential to fellow artists. It opened the door for the tenebrism technique.

In his later works, Caravaggio started to use more aspects of tenebrism than “pure” chiaroscuro. The difference between the two techniques can be found in the application of light. The acceptable art term “chiaroscuro” describes the contrast of light and shade in a painting, drawing, or print, emphasizing the artist’s skill in managing the shadows to create the illusion of three-dimensional forms.

Tenebrism is a painting style characterized by intense shadows and a distinct contrast between light and dark areas. It is a technique in which some areas of the painting are kept entirely black. This allows one or more locations to be strongly illuminated from a single light source.

Tenebrism is known as “dramatic illumination” – chiaroscuro with extremely high contrast. Tenebrism can be seen in Baroque paintings, where a spotlight illuminates the subject and then leaves the remaining piece in dark shadows.

Caravaggio and his followers often applied this powerful technique. They used a harsh, dramatic light to isolate their figures and thus heighten their emotional tension. However, he didn’t follow Da Vinci’s subtle transitions of color and light but took chiaroscuro further by developing tenebrism.

One of Caravaggio’s essential skills and what has made him such a famous painter is that his paintings often leave a significant proportion of the canvas to the imagination due to the scuro (dark) of the chiaroscuro. As a result, artists across Europe “borrowed” from his style and methodology.

A Michelangelo Merisi Caravaggio painting that gave other artists an excellent example of how he was using chiaroscuro is “Saint John the Baptist in the Wilderness.” In this artwork, you see the figure of Saint John the Baptist emerging from a shadowy forest. A beam of golden light lights his face and body. You do not see the light source but only the way it shines on the figures – a typical Caravaggio’s way of applying chiaroscuro in his paintings.

Gilles Lambert, an art historian, said that Caravaggio put the oscuro (shadows) in chiaroscuro. Although Caravaggio did not invent the technique, it was, according to Lambert, through his artworks that it became an essential and dominant element in many painters’ works.

Although Michelangelo Merisi Caravaggio was not the inventor of chiaroscuro, he was one of the pioneers to make it a favorite technique in Western art. He used the technique hundreds of times in his works. But typical of Caravaggio, he developed something unique from this technique. He developed tenebrism, where some areas of the painting are kept entirely black.